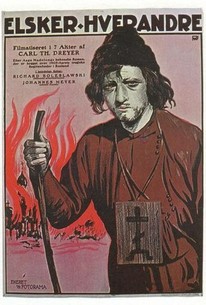 This German production directed by Carl Dreyer takes a powerful stand against anti-Semitism. Living in the Jewish ghetto of a Russian village, young Hanna-Liebe (Polina Pickowska) must abandon her friendship with the Gentile boy Fedja (Richard Boleslawski). When she falls in love with Sascha (Torleif Reiss), another Gentile, she follows him to St. Petersburg. There she joins her brother Segal (Vladimir Gajdarov) and learns that Sascha has become a member of a revolutionary group. Fedja informs on them and she and Sascha are arrested, but Segal liberates her. The two are sent back to their village where Fedja incites a pogrom against the Jews. Segal is killed but Sascha is able to rescue Hanna-Liebe from Fedja. Note who plays the villainous Fedja: Richard Boleslawski, future Hollywood director of such memorable 1930s films as Rasputin and the Empress, Les Miserables, and Theodora Goes Wild. 22/105

Duwan
as The Merchant Suckoswerski

There are no critic reviews yet for Die Gezeichneten. Keep checking Rotten Tomatoes for updates!

There are no featured reviews for Die Gezeichneten at this time.