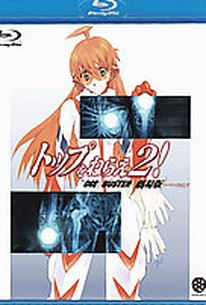 This anime compilation movie takes the six episode Diebuster OVA series and reedits the material into a 95 minute theatrical movie. The story takes place after the events of the previous series/compilation film, Gunbuster, telling the story of a country girl named Nono, who dreams of becoming a star pilot in the elite squad of "Topless" fighters known as the Fraternity. Nono wants nothing more than to protect humanity from the terror of the space monsters, but before she can live out her fantasy, she'll have to learn to be less clumsy -- so her Buster Machine doesn't fry the galaxy.

Critic Reviews for Diebuster: The Movie

There are no critic reviews yet for Diebuster: The Movie. Keep checking Rotten Tomatoes for updates!

There are no featured reviews for Diebuster: The Movie at this time.