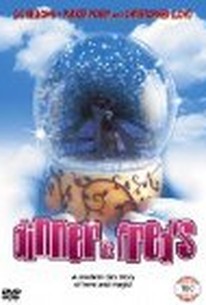 In this Canadian comedy, Richard (Gil Bellows) departs his office, driving north for a Christmas holiday at the country home of his fiancé Sarah (Kristin Leeman), the daughter of his boss George Billings (Leon Powhall). When his car collapses en route, he arrives instead at a house inhabited by a kooky family. He is subjected to various humiliations and indignities, but amid the madness and general goofiness, he soon finds himself attracted to the clan's sleepwalking Celia (Parker Posey), "the world's greatest hair stylist," causing him to question his planned marriage. Shown at the 1997 Mill Valley and Hollywood film festivals. ~ Bhob Stewart, Rovi

Christopher Lloyd
as Dad
View All

Critic Reviews for Dinner at Fred's

There are no critic reviews yet for Dinner at Fred's. Keep checking Rotten Tomatoes for updates!

There are no featured reviews for Dinner at Fred's at this time.