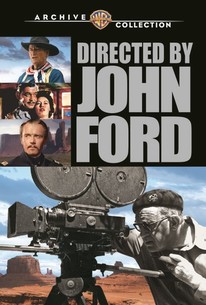 This documentary profiles the great American filmmaker John Ford (1895-1973). Among the films he directed were The Young Lincoln, Stagecoach, The Man Who Shot Liberty Valance, and The Grapes of Wrath. Ford's work was distinguished by its great emotional clarity, which some see as sentimentality, and storytelling which evokes and defines what it is to be American. The film features interviews with Ford and with many of his stars, as well as exemplary clips from his films. Many of Ford's films were westerns, and interviews with him are filmed in Monument Valley, one of his favorite film settings. It is narrated by director Peter Bogdonavich, whose own work shows Ford's influence. Among the actors interviewed are John Wayne, Jimmy Stewart and Henry Fonda.

A solid documentary on the life and films of influential director John Ford.

a fascinating tribute to Ford and his films

I LOVED THIS DOCUMENTARY!!!!