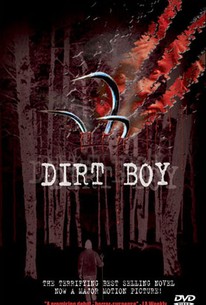 A fan of a wildly popular novel discovers it may not be fiction after all, and that the story was the product of a series of real-life murders in this suspense thriller. Atwater Bridges (Arthur J. Walsh) is a writer whose most recent book, "Dirt Boy," has become a runaway best-seller. In fact, the book has become so popular that the author's New England hometown has been renamed Atwater Commons in his honor. Matty (Jacob Lee Hedman) is a scruffy New Yorker, who, after kicking a drug habit, decides he needs to get away from big city temptations and relocates to Atwater Commons. Looking for a new career path, Matty signs up for a course in crime scene investigation led by a forensic researcher, Dr. Klugard (Luca Bercovici). As Matty begins to make use of the techniques he's learning in class, he notices that the murders lovingly described in Bridges' book take place in locations that bear no small resemblance to places in his hometown -- and that evidence of similar real-life crimes has been left behind. Dirt Boy was screened in competition at the 2001 Seattle Film Festival.

Fran Devasto
as Off. Troy

There's nothing here that John Carpenter's In the Mouth of Madness didn't do much better.

Predictably uneven, but the effort is commendable.

There are no featured audience reviews yet. Click the link below to see what others say about Dirt Boy!