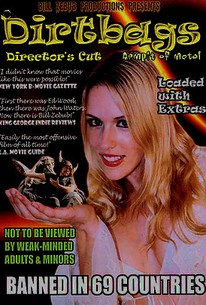 College is full of sleazy guys who just can't seem to get sex off their minds and will stop at nothing to get lucky. This unrefined comedy follows the activities of said types -- specifically, a group of unethical college students whose dishonesty and dodgy behavior is staggering. Be it the pharmacy student who spends his time concocting date-rape drugs or the scoundrel who secretly videotapes co-eds, these guys are anything but model students.

There are no critic reviews yet for Dirtbags: Armpit of Metal. Keep checking Rotten Tomatoes for updates!

There are no featured reviews for Dirtbags: Armpit of Metal at this time.