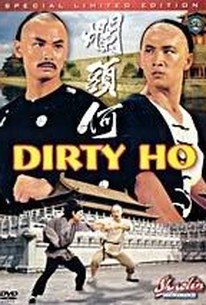 Popular Hong Kong martial arts star Gordon Lau headlines this entertainingly comic Shaw Brothers production from prolific action director Lau Kar-leung, who also choreographed the film's fight scenes. Lau plays Wang Chin-chin, who is both the 11th prince and an expert fighter. Wang has fun secretly subverting a local con-man, the inept Ho Chi (Wong Yue), but blackmails the crook into becoming his student after making it look like a B-girl named Choi Hung (Kara Hui) has poisoned Ho and beaten him up in a nightclub. Prince Wang is on his way to the palace for the announcement of the heir, but doesn't really want to rule. His major function has been to prevent his brothers from falling victim to assassins, so Wang knows that there are forces who wish to see him killed before he reaches the palace. He brings Ho along with him, because, although his new sidekick can't fight very well, he could still prove useful in the event of an ambush. The two face various perils together, including a spectacularly staged attack in the wastelands near a village's typhoon wall and a group of comically effeminate attackers who seem to masochistically enjoy being beaten up. Eventually, Wang teaches Ho enough about kung-fu for the reforming con-man to protect him so they can get to the palace. Veteran supporting actor Lo Lieh co-stars with Johnny Wang, Hsiao Hou, and Peter Chan. ~ Robert Firsching, Rovi

"Dirty Ho" does not reach the levels of the top productions of both Lau Kar-leung and Shaw Brothers, but remains a very entertaining as much as well-shot film that has actually aged nicely.

one of the most fun of shaw brothers' films. and ho is a character's name okay?

Lau Kar Leung shows how to make good fights without looking like the same old moves. Gordon Liu with a moustache pulls out a great fight against Lo Lieh, along with Yue Wong trown in the mix. The plot has some comedy points, also very common with LKL flicks, but worry not, there's enough kicks and punches. Kara Hui is in this too (damn LKL, lucky bastard)