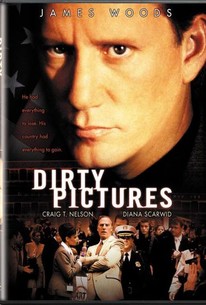 Much attention was given to the Robert Mapplethorpe photographs that became the center of controversy when they were exhibited at the Cincinnati Contemporary Arts Center in 1990, but less was known about Dennis Barrie, the museum director responsible for the exhibit. Barrie's obscenity trial and condemnation by right-wing conservatives are the focus of this Showtime telepic. Played by James Woods, Barrie is shown standing up for his museum's right to display controversial art and coping with the toxic windfall that surrounded his actions. Diana Scarwid gives plenty of support as Dianne, Barrie's wife, and interviews with personalities ranging from Susan Sarandon to Salman Rushdie are interspersed with the film's narrative. Thanks to the cooperation of the Robert Mapplethorpe Foundation, a number of the actual photographs that were at the heart of the controversy were used in the production.

Linda Goranson
as Mary
View All

a credible and dramatic statement despite the weakness in the screenplay

There are no featured audience reviews yet. Click the link below to see what others say about Dirty Pictures!