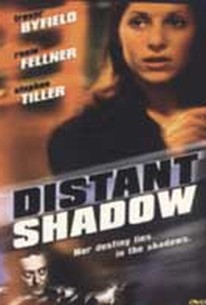 A woman's past and present meet in one dangerous place in this tense British thriller. When she was only four years old, Michelle Wallace stood by helplessly as her mother was sadistically murdered, and as she's grown to adulthood, Michelle still carries emotional scars from the trauma. Now in her early twenties, Michelle (Rosie Fellner) is hoping to find a flat with her boyfriend, but in the meantime she rents a room in a decaying boarding house, where she's struck up a friendship with Charles Paskin, a middle-aged man living down the hall. Unknown to Michelle, Charles is actually a British intelligence agent with a license to kill, and he's currently involved in a secret mission to recover highly confidential files that have been stolen. Michelle unwittingly becomes involved in Charles' dangerous game when it's discovered there may be a link between the agents with the stolen files and the thugs who killed her mother. Distant Shadow also stars Stephen Tiller, Trevor Byfield, and Andrew Faulkner. ~ Mark Deming, Rovi

There are no critic reviews yet for Distant Shadow. Keep checking Rotten Tomatoes for updates!

There are no featured reviews for Distant Shadow at this time.