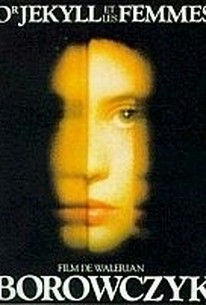 A bizarre Euro-kink variation on Robert Louis Stevenson's classic, this intriguing film from Polish director Walerian Borowczyk takes place almost exclusively in the palatial home of Dr. Henry Jekyll (Udo Kier), where the good doctor is being feted prior to his engagement to the austere Miss Fanny Osborne (Marina Pierro). The guest list -- comprised of various dignitaries, officials and symbols of bourgeois respectability -- could easily have strolled in from a Fellini film, complete with a closetful of perverse habits and barely-repressed sexual urges. At the onset of the festivities, it is learned that a young girl has been murdered on the streets that night -- an event somehow linked to Jekyll's insistence that his estate be willed to the yet-unseen Mr. Hyde. It comes as no surprise that Jekyll's infamous potion transforms him into a crazed sexual predator with desires so aggressive that his victims cannot survive... but the real twist comes when young Fanny joins Jekyll in his bath while he is transforming into Hyde, and the formula's malevolent effects are spread to her as well. Before long, the entire affair devolves into an orgy of sexual sadism and bloody violence as the evil is spread throughout the house. Borowczyk has imbued this quirky exercise with a doomed, nightmarish quality, contrasting the opulence of the festivities with dimly-lit, smoky rooms where the lecherous Hyde stalks his victims. Patrick Magee borrows a bit from his arch performance in Marat/Sade as the swaggering "General" who gets taken down a few notches at the end of a bullwhip. Released in the U.S. as Blood of Dr. Jekyll, then later on video as Bloodlust. ~ Cavett Binion, Rovi

It's certainly not conceived with the masses in mind, but those willing to endure the outrageous will find a wild interpretation that extends, swells and explodes with the madness of man and women and the lawless desires that inhibit them both.

Something between a lurid giallo and proto-New French Extremism, 20 years before the genre's inception.

There is only one word fit to describe this film: titillating.