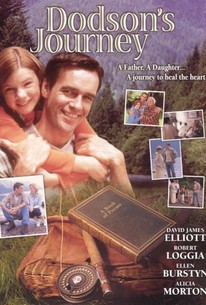 Gregg Champion's heartwarming drama Dodson's Journey stars David James Elliott as James Dodson, a man attempting to salvage his relationship with his young daughter (Alicia Morton). James has been thrown off kilter when in quick succession his father dies and his marriage ends. He goes on a fishing trip with his daughter, attempting to bridge the substantial gap that has grown between them. The supporting cast includes Ellen Burstyn and Penelope Ann Miller.

Nanci Chambers
as Becky
View All

There are no critic reviews yet for Dodson's Journey. Keep checking Rotten Tomatoes for updates!

There are no featured reviews for Dodson's Journey at this time.