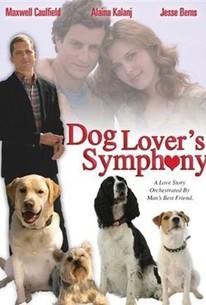 When a troubled young man taken in by a sympathetic defense attorney befriends an abandoned dog named Toby, the effect that one simple canine has on the lives of three kindly strangers proves just how far man's best friend is willing to go to help the ones he loves. Jerry's (Jesse Berns) past may be checkered, but he's a kind soul at heart, and perceptive attorney Tom (Maxwell Caulfield) can see what many others cannot in the quiet loner. Though his concerted efforts to find gainful employment for Jerry at first stall out due to the stubborn boy's inability to take some initiative, Tom finds Jerry's cloudy outlook clearing after a trip to the dog-training school at which Tom's beautiful daughter, Susan (Alaina Kalanj), teaches unruly pups how to behave. It seems that Susan's latest student, a friendly dog named Toby, whose previous owners disappeared, has taken quite a liking to Jerry, and that the trainer herself may see something in the shy newcomer as well. Now, as Susan works with Jerry to teach him the finer points of dog training, the former introvert slowly begins to emerge from his shell to discover that love can come when you least expect it, and loyalty is a trait to be valued for life.

The film is so off on all fronts it becomes a chicken-egg conundrum trying to pinpoint specific problems -- as the stiff acting isn't aided by the overly expository dialogue, which in turn is driven by the functional plotting.

Early on, you start to feel enormous sympathy for the film's dog performers, who don't have any idea what an extraordinarily awful movie they're in. Their human counterparts have no such excuse.

There are no featured audience reviews yet. Click the link below to see what others say about Dog Lover's Symphony!