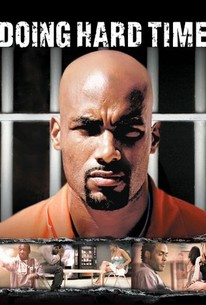 A man turns to crime in the name of justice in this hard-hitting drama. Michael (Boris Kodjoe) was a good father and a law-abiding citizen until the day his seven-year-old son was accidentally killed in an exchange of gunfire between two gangs of drug dealers. Michael became obsessed with seeing the gunmen brought to justice, but when the murder charges were dropped and the shooters were given a short sentence for drug possession, Michael decided to take matters into his own hands. Michael commits a crime so that he will be placed in the same prison as the men who took his son's life; once there, he can take their lives in exchange for the life they took. But Michael seriously underestimates the ruthlessness of the prison population and must fight for his own survival before he can carry out his plan. Doing Hard Time also stars Giancarlo Esposito, Steven Bauer, and Sticky Fingaz.

Christian Levatino
as Off. Clayton

Michael Kimbrew
as Razor
View All

There are no critic reviews yet for Doing Hard Time. Keep checking Rotten Tomatoes for updates!

There are no featured audience reviews yet. Click the link below to see what others say about Doing Hard Time!