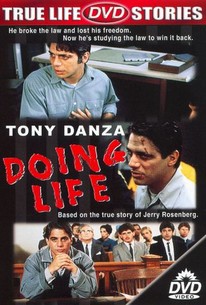 This made-for-television drama is based on the true story of a man's struggle to prove his innocence. Tony Danza stars as Jerry Rosenberg, a man who claims he was falsely accused and then convicted of killing two police officers. Rosenberg gets life in prison and decides to use the time earning a law degree to help defend himself and other inmates.

There are no critic reviews yet for Doing Life. Keep checking Rotten Tomatoes for updates!

There are no featured reviews for Doing Life at this time.