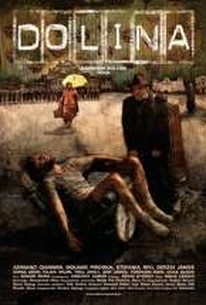 At some indeterminate point in a dystopian near-future, Bogdanski Dolina - a grubby, unkempt Central European hamlet - buckles beneath the weight of misery. Armed barbarians guard the wire fences that ensconce the town, while the residents must contend with abusive draconian laws. The town governance is abetted, in its attempts to maintain order, by a TB camp - home to not only tuberculosis victims but also a host of societal rejects. But lives are about to grow a thousand times more unbearable with the arrival of a bizarre, totalitarian band of clerical oppressors, known as 'The Vicarage,' comprised almost entirely of onetime guards from the village, who sport cassocks and phony beards attached with cords. Thus begins Hungarian director Zoltan Kamondi's quaternary feature, the sociopolitical allegory Dolina. Kamondi sets up a half dozen crisscrossing subplots that unfurl in and around the village. In one, resident Colentina Dunka (Piroska Molnar), the lesbian proprietress of a combination brothel, hair-salon and bath house, schemes to drive one of her employees-cum-romantic pursuits away from her husband; she also plans and plots to orchestrate the return of her son, Petrus (Milan Vajda) from a lengthy exile. At about the same time, a new arrival turns up in town, Gabriel Ventuza (Adriano Giannini) and attempts to exhume the corpse his father, but encounters only frustration and hardship. Meanwhile, a dispute erupts between two Vicarage members, a small band of locals plots to spring an unjustly interred member of the TB facility from that hellhole, and reunite him with his Armenian relatives, and least two members of the community struggle with irreciprocal affections. And uniting everything is fear of the massive, oppressive impact that the new governing body will make on the tiny hamlet. ~ Nathan Southern, Rovi

There are no critic reviews yet for Dolina. Keep checking Rotten Tomatoes for updates!

There are no featured reviews for Dolina at this time.