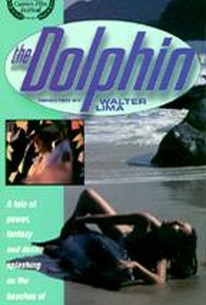 Here's one for the ecologists of the world. The Dolphin is nothing more or less than the story of a libidinous sea mammal! Walter Lima Jr., former Brazilian journalist and "auteur" of Brasil Anno 2000 (1969) and Xico Rei (1982), has cooked up the weird tale of a dolphin who, by the light of the full moon, transforms into a man. In this guise, he wriggles his way through a fishing village, mystically arousing the libido of every human female in sight. Normally, the other men in the village wouldn't mind -- except that every time the dolphin-man arrives, he scares away the fish. ~ Hal Erickson, Rovi

Carlos Alberto Riccelli
as The Dolphin

There are no critic reviews yet for Dolphin. Keep checking Rotten Tomatoes for updates!

There are no featured reviews for Dolphin at this time.