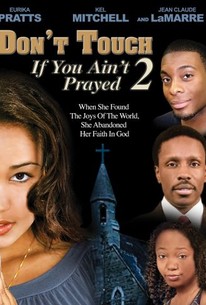 A young woman attempting to start a new life finds her faith challenged at every turn as she leaves home for college and befriends a fellow student with a dark secret. The time has come for Noelle (Eurika Pratts) to strike out on her own, and after packing her bags and saying goodbye to her pastor, she moves in with her ultra-conservative aunt and prepares to pursue a college education. But adjusting to life in a strict Christain household won't be easy for Noelle, especially after striking up a friendship with likeable fellow student Tasha (Ashley Shyne). While it may not be obvious to Noelle from the onset, Tasha is a deeply troubled soul. As Noelle begins to question her faith, a growing chasm opens between the conflicted student and her concerned aunt. Compounding the issue is a blossoming romance between Noelle and handsome classmate Curtis (Kel Mitchell). Despite the fact that Curtis seems like a nice enough guy on the surface, Noelle begins to wonder if romance is really possible during such a turbulent time in her life.

Critic Reviews for Don't Touch If You Ain't Prayed 2

There are no critic reviews yet for Don't Touch If You Ain't Prayed 2. Keep checking Rotten Tomatoes for updates!

There are no featured reviews for Don't Touch If You Ain't Prayed 2 at this time.