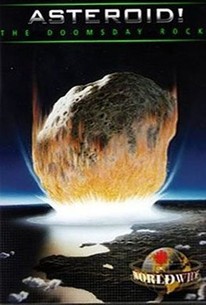 Originally aired as an epic mini-series, Doomsday Rock was the first revival of "what-if-an-enormous-(insert appropriate astral body)-hit-the-Earth" movies. Essentially a sub-genre of the disaster movie, the story centers on the struggle of one main character to save the planet while simultaneously presenting on-going vignettes following the predicaments of secondary characters. Famed astronomer Dr. Paul Sorenson has been studying the ancient paths of comets for most of his career; he knows that comets and large meteorites have hit our planet before and believes such impacts caused the mass extinctions of the past. According to his latest calculations, a large comet is due to collide with our planet very soon. Unfortunately, nobody but his daughter, also a respected researcher and astronomer, believes him. Desperate to save humanity from mass extinction, Sorenson and his few followers commandeer an nuclear silo.

There are no critic reviews yet for Doomsday Rock (Cosmic Shock). Keep checking Rotten Tomatoes for updates!

There are no featured reviews for Doomsday Rock (Cosmic Shock) at this time.