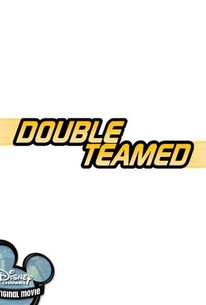 This made-for-cable feature is based on the true story of Heather and Heidi Burge (played by Poppi Monroe and Annie McElwain), twin sisters, who, like many siblings, found that their strongly divergent personalities led to many conflicts as they were growing up. However, both sisters shared a passionate love of the game of basketball; while their rivalry often manifested itself on the court in their school days, in time both Heather and Heidi were recognized as among the best women in the game, and they became the first twins to play in the WNBA. Doubled Teamed also stars Mackenzie Phillips and Chris Olivero.

The paint-by-the-numbers movie piles on the sports cliches as ably as any male-oriented sports flick, and like such paintings, examining the finished product too closely spoils some of the fun.

There are no featured audience reviews yet. Click the link below to see what others say about Double Teamed!