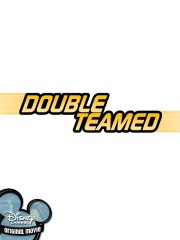 Hannah K
October 18, 2013
I love this movie. It proves that anyone can do anything that you have love and have passion for

Jordan L
June 28, 2013
I do not like basketball but this movie was awesome.

Marina N
June 15, 2012
If you can ignore that Poppi Monroe and Annie McElwain don't look like identical twins at all, you'll probably be able to see past other shortcomings as well and enjoy this movie. A film about sports based on a true story is always worth watching for me.

Jerry H
½ January 3, 2012
Upon hearing that I'm not a fan of sports and know very little about the NBA, NFL, or MLB, and can only identify about ten professional athletes (other than figure skaters, which is only because of what a die-hard fan of them my mom has been my entire life,) people assume that I hate sports in every way, shape, or form. That's really not the case; not only did I willingly read a Matt Christopher book about basketball and do a report on it in fifth grade, but I have watched and enjoyed various cinematic sports tales, from "Hoosiers" to "Hometown Legend" to "Motocrossed" to even the little-known flick "Believe in Me." So, even though I don't follow professional ball games, I can still enjoy something such as "Double Teamed"...and I did. Annie McElwain and Poppi Monroe did a great job portraying twins, especially when you consider that they aren't even sisters in real life. Some may argue that the producers could have gone the "Freaky Friday" route and had the same actress play both twins, but it still worked well without that. Nicky, the "mean girl" on the team, was also portrayed very well and bore an uncanny resemblance to "Even Stevens" alum Margo Harshman. The story also drew me in; even though I pretty much knew how it would end, the climactic events had me doubting that. However, there were some problems: First off, the female characters in this movie showed a bit too much skin. Of course, even guys' basketball uniforms consist of a sleeveless jersey and somewhat small shorts, but it was more than what they wore during games. Bare shoulders were somewhat common in this film, and an occasional midriff was seen, too. Beyond that, I did not care for Mackenzie Phillips' performance as the twins' mom. Something about her just bothered me; maybe she should stick to singing with Carnie and Chynna. All that aside, it's actually an enjoyable inspirational sports flick. Unless you're obsessed with the WNBA, I can only recommend renting this, and, as far as I know, it is only legally available on VHS. So, those without a working VCR probably should stay away. For those who don't mind watching movies on cassette tape in this über-digital world, if you can find somewhere/someone who has this, borrow/rent it. I got mine as an inter-library loan; depending on your local 'berry's policy, you might be able to as well, if they don't already carry it. It's worth watching, but not worth purchasing.

J K
June 3, 2011
Next to the Banger Sisters, easily the most misleading movie title in the history of cinema. You got two cute blonde twins on the movie poster and its about basketball. What a letdown.

Jessica N
May 26, 2011
Disney Channel Original Movie CLASSIC! One of the better ones, actually :)

ashton H
February 6, 2010
i love this movie i wacth it every time it comes on

Travis M
December 29, 2009
Double Teamed had potential to be a really good film and does offer some good entertainment for a little while but soon looses its appeal and becomes just another disappointment.

Moya W
October 6, 2009
This movie was quite boring all the way through it.
The storyline was okay but nothing really happened during the whole 2 hours of it. I wanted a bit more happening and excitement. But the movie just didn't have any of that.