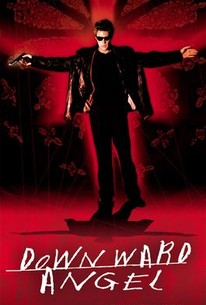 In this action thriller, John Hunter (Matt Schulze) is a killer-for-hire whose parents were murdered by a secret society of criminals known as "The Guild." Hunter is determined to find out who within "The Guild" is responsible and take revenge upon them, but cracking their cover is no easy task, and along the way, Hunter falls in love with a woman who has fallen prey to their evil machinations. Downward Angel also features Gabrielle Fitzpatrick, Jonathan Banks, and Whitney Dylan; the film's story was later adapted into a comic book .

Ric Sarabia
as The Mark

Jamie Blakely
as The Mom

Tony Veiller
as The Boy

There are no critic reviews yet for Downward Angel. Keep checking Rotten Tomatoes for updates!

There are no featured reviews for Downward Angel at this time.