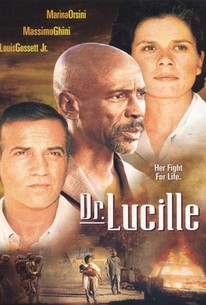 This made-for-TV drama is based on the true-life story of Dr. Lucille Teasdale (Marina Orsini), who was one of the first female surgeons to practice in Canada. After establishing a practice in Quebec, Teasdale was re-introduced to Dr. Piero Corti (Massimo Ghini), a fellow surgeon she first met while studying in Montreal. Corti persuaded Teasdale to join him as he traveled to Uganda, and they soon fell in love and got married. Corti and Teasdale dedicated themselves to helping heal the people of Uganda through poverty, plague, and bloody civil war; together they founded St. Mary's Hospital, which was regarded as one of the finest medical facilities in Africa, and they selflessly devoted 14 hours a day to treating their patients. Teasdale contracted the HIV virus when she cut herself while performing surgery on an infected patient in 1979, but continued her practice, using careful precautions to prevent her from spreading the disease, and displaying her devotion to the Ugandan people until her death in 1996. Originally produced for Canadian television, Dr. Lucille also features Louis Gossett Jr..

There are no critic reviews yet for Dr. Lucille. Keep checking Rotten Tomatoes for updates!

There are no featured reviews for Dr. Lucille at this time.