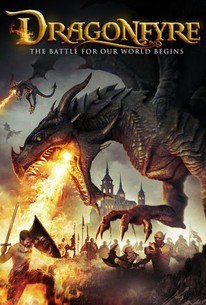 In a world of dragons, orcs and wizards, only one man stands between the world and pure evil. As the world's Sentinel, John must stand against an army of orcs, the lord of dragons, and an evil sorceress hell-bent on sacrificing a beautiful princess. John must fight with every weapon in his arsenal, as he and his unlikely band of soldiers face a constant onslaught from bloodthirsty orcs and fire-breathing dragons.

There are no critic reviews yet for Dragonfyre. Keep checking Rotten Tomatoes for updates!

There are no featured audience reviews yet. Click the link below to see what others say about Dragonfyre!