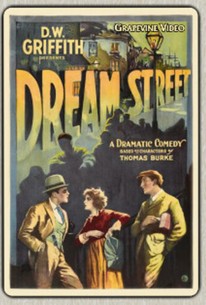 This drama is based on two stories by author Thomas Burke. Gypsy Fair (Carol Dempster) is the chorus girl who finds theatrical success on stage while being pursued romantically by two brothers. Billy McFadden (Charles Emmett Mack) soon loses out to his streetwise brother Spike (Ralph Graves), the ambitious young tough with an excellent singing voice. When Billy murders an aggressive attacker, he lets Spike take the blame for the crime. Spike stoically is tried for the murder before Billy confesses on the verge of his brother's conviction. Scenes of Spike being chased by police through the fog-shrouded, damp streets of London are expertly photographed and give and ominous panic to the pursuit. Tyrone Power Sr. plays the Good Influence and Morgan Wallace the Bad Influence whose handsome visage belies the luring evil of his violin music.

Director D.W. Griffith has made it his aim to express certain spiritual elements of real life in terms of melodrama. The terms of the story are pehaps theatrical, but its essence is of the spirit.

It is not a super-feature picture. Which is to say it is not a $2 picture. But it is an interesting and beautifully screened "regular" picture.

There are no featured reviews for Dream Street at this time.