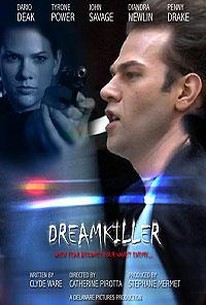 A revolutionary form of psychotherapy designed to rid patients of their phobias yields deadly results when test subjects begin dying in the same manner as their worst fears. When the Nazis were at the height of power, Adolf Hitler began working with doctors Carl Clauberg and Joseph Mengele to develop a weapon capable of inducing psychosis in enemy combatants. In 1945, Hitler's concentration camps were liberated, and Allied forces were said to have confiscated and destroyed all evidence of the experiments. Flash forward to the new millennium, when some of the most respected doctors on the planet unveil their latest project -- the F.R.I.T. program. Though the doctors are confident that the F.R.I.T. program can help patients to conquer their greatest fears, the public isn't convinced. Their skepticisms are confirmed when the test subjects begin perishing under mysterious circumstances. Someone -- or something -- is preying on their deepest, darkest fears, and now the race is on to save the rest of the patients before it's too late.

Dreamkiller wants to show us the dangers of becoming prisoners of our fears. Sadly, the film has no similar insights into how to escape utter boredom.

As ambitious as it is amateurish.

There are no featured audience reviews yet. Click the link below to see what others say about Dreamkiller!