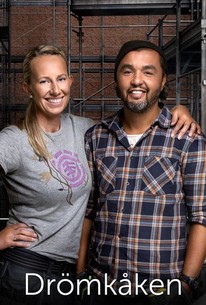 Goran thought the house he was buying was a pretty good deal. Little did he know that it was the sort of good deal that would consume all his money, time and energy in repairs and expenses, and alienate his wife and children so much that he would lose them. Now that they're gone, he still has his house, lucky man that he is. On top of that happy burden, he discovers that burglars are very interested in getting into his junkpile house to look for something. Now, if only he can keep them away from the place while he finds whatever they were looking for, maybe it was something valuable... This comic tale of domestic disasters was a big boxoffice success in Sweden. ~ Clarke Fountain, Rovi

There are no critic reviews yet for Dromkaken. Keep checking Rotten Tomatoes for updates!

There are no featured reviews for Dromkaken at this time.