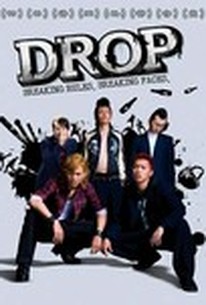 In this wild and cheeky adaptation of his own autobiography, comedian Hiroshi Shinagawa tells the story of his own youth: a time he spent causing trouble with a delinquent gang after finding deluded inspiration in the world of manga. Often funny, sometimes sad, and usually ridiculous, Hiroshi's coming of age tail unfolds as a reflection of confusing teenage life, and the power of suburban boredom. ~ Cammila Albertson, Rovi

There are no critic reviews yet for Drop (Doroppu). Keep checking Rotten Tomatoes for updates!

There are no featured reviews for Drop (Doroppu) at this time.