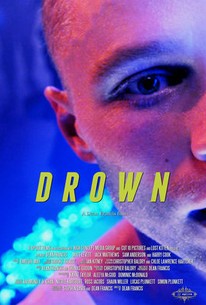 Len is a Surf Lifesaving champion, a legend in the cloistered surf club just like his father. But when the younger, faster, fitter Phil arrives at the club, Len's legendary status starts to crumble. Then Len sees Phil arriving in the company of another man; a man Phil gives a farewell kiss to. Phil is gay. Over the summer season, Len starts to form unexpected, confusing feelings for Phil. When Phil de-thrones Len at the annual surf competition, Len and his buddy Meat take Phil out on an intoxicated bender through the seedy city. Jealousy, homophobic fear and unrequited lust culminate in a tragic late night trip back to beach where Len seeks total oblivion.

Maya Stange
as Woman Who Drowned

Lucy Green
as Girl on Beach

Jessina Oakes
as Girl on Beach

Meg McDermott
as Girl on Beach

Kimberly Lim
as Girl on Beach

Stephanie May
as Laughing Woman

Josh Maloney
as Guy Jacking Off

Tomas McBride
as Guy Having Sex

It's an unpleasant experience that spends too much of its time with bad dialogue to say anything we don't already know.

The trio of actors -- Levett, Jack Matthews, and Harry Cook -- anchors the film with compelling performances.

Francis has got an interesting eye and goal in mind here, it's just the material needed more refinement and stronger structural beats for it to reach its admirably lofty ambitions.

There are no featured audience reviews yet. Click the link below to see what others say about Drown!