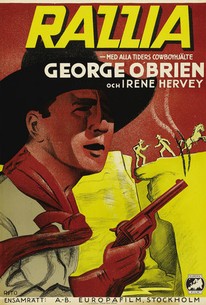 Never one to disappoint his fans, George O'Brien shows off his shirtless physique on several occasions in The Dude Ranger. O'Brien plays Ernest Selby, an Easterner who goes West upon inheriting his father's ranch. Beset with cattle rustlers, Ernest suspects that Sam Hepburn (Henry Hall) is behind it all, which does not sit well with his sweetheart, Sam's daughter Anne (Irene Hervey). Fortunately our hero manages to round up the real villain before too much damage can be done to his love life. Based on a story by Zane Grey, The Dude Ranger was O'Brien's first starring vehicle for Sol Lesser Productions.

Critic Reviews for The Dude Ranger

There are no critic reviews yet for The Dude Ranger. Keep checking Rotten Tomatoes for updates!

There are no featured reviews for The Dude Ranger at this time.