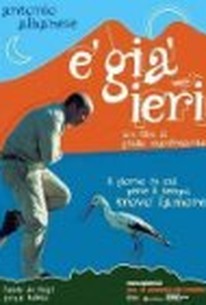 Filippo (Antonio Albanese) is a star on the Italian TV. He works for a documentary series about wild animals and nature. He is sent to Tenerife (Spain) to shot an issue about the local stork. It is the 13th of August. After he did his job is time to leave, but the ferry couldn't operate. He has to spend the night in the island. The day after is again the 13th of August, and Filippo live again the same day for different times. Something has to change to exit the paranoid and unrealistic situation.

There are no critic reviews yet for È già ieri (Stork Day) (It's Already Yesterday). Keep checking Rotten Tomatoes for updates!

There are no featured reviews for È già ieri (Stork Day) (It's Already Yesterday) at this time.