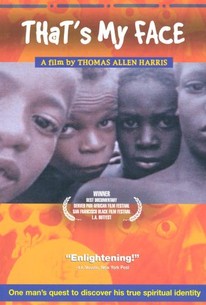 Following up on his acclaimed work Vintage -- Families of Value, renowned documentary filmmaker Thomas Allen Harris spins this lyrical account of three generations of his family through three continents -- North American, South America, and Africa. He describes his own experience of returning to America after living in Tanzania as a child of missionaries. While the African Methodist Episcopal Church of his family preached salvation through Christianity, Harris became aware of and fascinated with the spirit worlds of traditional African worship. With this starting point, Harris explores spirituality both in his family though a stash of Super 8 film his grandfather shot forty years ago and the outside world, using footage the Bahia and the filmmaker's ancestral tribe the Orishas. This film was screened at the 2001 Toronto Film Festival.

Mr. Harris's stylistic gifts are quite evident; his reportorial instincts are a bit more muffled.

As enlightening for viewers as the journey was for Harris.

The movie might test your tolerance for the mystical, but its whispery vagueness is of a piece with the luxuriantly grainy atmospherics.

While much of the film is fascinating, many stretches feel like you're just watching somebody's home movies (which you are), with too much camera movement and lack of concentration.

There are no featured reviews for E Minha Cara at this time.