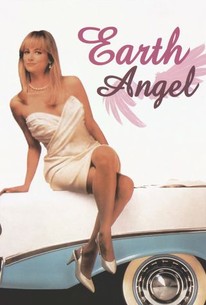 The made-for-TV Earth Angel stars Cathy Bodewell as Angela, a prom queen who dies in 1962. Unfortunately, Angela has not always lived up to her name, and her entry into Heaven is held up indefinitely. She is given a chance to redeem herself by returning to earth in 1990, where she is to successfully complete an important mission. Thing of it is, she has no idea what her mission is-though she suspects it has something to do with romance. Clearly intended as a hybrid of Ghost and Peggy Sue Got Married, Earth Angel was first telecast March 4, 1991.

There are no critic reviews yet for Earth Angel. Keep checking Rotten Tomatoes for updates!

This movie has an interesting cast, but the story is predictable since there have been so many other movies like it, and around the same time too. There are some cute moments and humorous scenes, but overall it's dull.