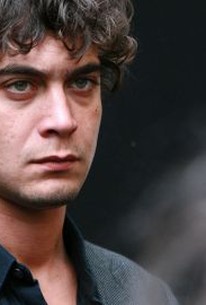 One man's dogged search for freedom and a better life leads him on a picaresque journey in this comedy-drama from celebrated filmmaker Costa-Gavras. Elias (Ricardo Scamarcio) is a young man from a nameless country in the Mediterranean who has tossed away his passport and paid a smuggler a handsome fee to be hidden inside a ship making its way to Europe. When immigration authorities stage a surprise inspection, Elias jumps ship along with a number of other unauthorized passengers, and hours later he washed up on the clothes-optional beach of a luxury resort on the Southern coast of France. Wearing tattered clothes amidst folks who wear designer originals when they bother to dress at all, dogged by hunger while guess nibble at lavish open buffets, and presumed to be a laborer by the few guests who pay attention to him, Elias is a stranger in a very strange land as he tries to avoid immigration police and survive in a place where he can't speak the local language. Elias stumbles into a brief affair with Christina (Juliane Köhler), a German tourist looking for kicks, but he fares better when he meets Nick Nickelby (Ulrich Tukur), a traveling magician who gives Elias a job as a temporary assistant and invites him to visit him in Paris. When Nickelby moves on, Elias decides to make his way to the fabled city, which is the beginning of a long and sometimes dangerous journey though class-conscious Europe. Eden à l'ouest (aka Eden Is West) was screened at the 2009 Berlin International Film Festival only a few days after its world premiere, appropriately held in Paris.

Anny Duperey
as The lady who offers a jacket to Elias

Marisha Triantafillidou
as Director of Club

David Lowe
as Fred, the American
View All

The tension is always between Costa-Gavras's dark view of human nature and his main character's hopes for the future. It's an uneven battle, although the film has enough strong and thoughtful moments to make you wish it was better.

The tone of the film, despite some pretty hard living, remains warm with flashes of magic realism. This works against our expectations for this kind of road movie, and may seem too saccharine for some. I enjoyed the journey.

Costa-Gavras scores a few telling points -- about the callous crassness of privileged tourists, for example -- but whatever his intentions, the end product is essentially a rattling good yarn.

Joseph Proimakis
Movies for the Masses
View All Critic Reviews (7)

I loved this and I can't explain why!