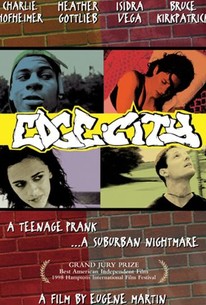 Mark Webber
as Johnny
View All

The film finds a way to develop a sharp, engaging style through unpredictable pacing and intercutting of numerous scenes.

There are no featured reviews for Edge City at this time.