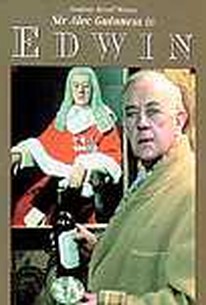 Though we never see him, Edwin is the pivotal character in this British comedy. Alec Guinness stars as a retired British barrister Sir Fennimore Truscott, who discovers that his wife Renee Ashershon has been cheating on him. This is embarrassment enough: even worse is the fact that Renee's affair with neighbor Paul Rogers has apparently been going on for years. The question: who's the real father of Sir Fennimore's son Edwin? Played out with the sort of dry wit that only the British ever seem to get completely right, Edwin was produced for television; it enjoyed its widest American exposure via cable and public TV. Guiding the mirthsome proceedings is director Rodney Bennett, of Rumpole of the Bailey fame. ~ Hal Erickson, Rovi

There are no critic reviews yet for Edwin. Keep checking Rotten Tomatoes for updates!

There are no featured reviews for Edwin at this time.