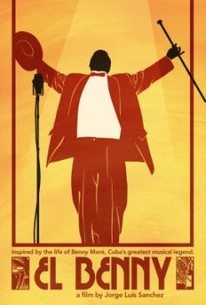 Director Jorge Luis Sanchez and screenwriter Abraham Rodriguez collaborate to recount the eventful life of 1950s-era Cuban bandleader Benny Moore in a non-linear biopic that begins when the mambo king was at the top of his game. The year is 1952, and hard-living bandleader Moore (Renny Arozarena) has decided to part ways with his longtime orchestra and form a new combo. Now under the management of ambitious taxi driver Olimpio (Enrique Molina), the rising star's shine quickly begins to fade as he enters into a relationship with Olimpio's niece Aida (Limara Menesses) and takes to the bottle as a means of coping with his stratospheric fame. ~ Jason Buchanan, Rovi

There are no featured reviews for El Benny at this time.