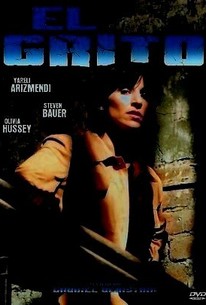 When a tyrannical regime forces its brutalized citizens into rebellion, their fate lies in the hands of one man -- a lawyer. Far from being a mere ambulance chaser, this attorney sacrifices his own life in an epic battle for justice. Among the cast of El Grito are Ricardo Blume, Jorge Guerra, Jose Maria Salcedo, Hugo Soriano, Julio Vega, and Maria Antonieta Perez. ~ Tracie Cooper, Rovi

There are no critic reviews yet for El Grito. Keep checking Rotten Tomatoes for updates!

There are no featured reviews for El Grito at this time.