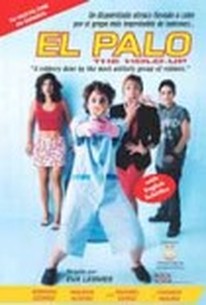 A pair of pink-collar workers short on cash decide to try a new part-time job -- bank robbery -- in this comedy. Lola (Ariana Ozores) and Silvia (Maribel Verdu) are two working-class women who are also best friends. Lola works on the cleaning crew at a bank and sometimes does odd jobs for her friend Maite (Carmen Maura), while Silvia is a beautician who is expecting a baby. Lola was once married to Gustavo (Jaime Pujol), a policeman, and while he wants to give their relationship another try, Lola isn't interested. His family hasn't been on good terms with Lola since the divorce, and one day they decide to evict her from the house she's been renting from Gustavo. Short on money and with few options, Lola and Silvia get the idea to rob the bank where Lola works. While Lola has access to the keys, she discovers the bank's funds aren't where she thought they were; determined to find out where the money is hidden, Silvia helps groom Lola into a sexy temptress so she can lure information from the bank's manager (Juan Gea) and give the robbery another try. ~ Mark Deming, Rovi

There are no critic reviews yet for El palo (The Hold-Up). Keep checking Rotten Tomatoes for updates!

There are no featured reviews for El palo (The Hold-Up) at this time.