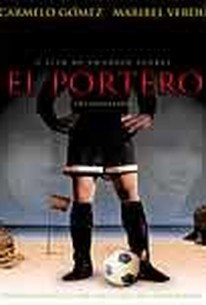 A former football star finds himself weighing difficult options in this period drama from Spain. Ramiro Forteza (Carmelo Gomez) was once the goalie for a championship soccer team in Madrid, but as Spain struggles to get back on its feet following the Civil War, he's reduced to traveling the countryside, hustling money from strangers who think they can get a penalty kick past him. Ramiro finds himself in a small Asturian town, where he becomes infatuated with Manuella (Maribel Verdu), a single mother who watches over her young son Tito (Adrian Ramirez) and her brother Nardo (Eduard Fernandez), who is still nursing wounds he suffered as a soldier with the Resistance. Manuella also has to contend with Lopez (Julio Velez), a member of the Civil Guard who makes no secret of his sexual interest. Ramiro decides he'd like to stick around for a while, so he takes a job doing chores for Don Constantino (Roberto Alvarez), a rough-hewn but good-natured Catholic priest; soon, though, Ramiro gets a troubling offer from Sgt. Andrade (Antonio Resines), leader of the local branch of the Civil Guard. Andrade would like Ramiro to represent the Civil Guard in a local penalty kick competition, and while he's in no position to refuse, he's also not sure he wants to accept.

Julio Velez
as Lopez
View All

Critic Reviews for The Goalkeeper

There are no critic reviews yet for The Goalkeeper. Keep checking Rotten Tomatoes for updates!

There are no featured reviews for The Goalkeeper at this time.