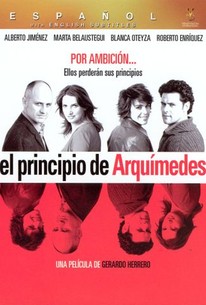 The fall and rise of one woman's life and career is chronicled in this drama from Spain. Sonia (Marta Belaustegui) is an executive at a clothing firm who is married to Andres (Alberto Jiménez), an architect. Sonia's job has become increasingly stressful lately thanks to the abusive behavior of her boss, Nicolas (Manuel Morón), which drives a wedge between her and Andres. Sonia's close friend Rocio (Blanca Oteyza) is having similar problems in her marriage to Mariano (Roberto Enriquez) due to her dissatisfaction with her career; sympathetic to her problems, Sonia helps Rocio get a job with her company. Rocio quickly becomes a major player within the company and is advanced into a position that Sonia had wanted for herself; adding insult to injury, Rocio begins having an affair with Andres. Before long, Sonia has lost both her job and her man; starting her career she begins working with a labor union representing garment workers, where she makes friends with Carmen (Vicky Pena), who helps her see the importance of caring about others and working as a group rather than pursuing only individual interests.

Fernando Cayo
as Enrique
View All

There are no critic reviews yet for El Principio de Arquimedes. Keep checking Rotten Tomatoes for updates!

There are no featured reviews for El Principio de Arquimedes at this time.