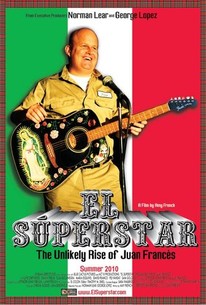 Born Jonathan French in Beverly Hills, California and orphaned at 3 months, this young boy was adopted by his Mexican nanny, Nena (Lupe Ontiveros) and step-father, E.J. (Danny Trejo) and raised to be a good, God-fearing Mexican with a love for ranchero music. At age 33, in his "Jesus Year," and now known as Juan Frances, he is a gardener, valet-parker, short-order cook, nanny and janitor by day, but has been blessed by the Virgin of Guadalupe with the talent to sing like the angels. He takes his ranchero act from the small, half-empty soccer bars in East L.A., to a larger music festival audience where he is discovered and quickly swept into Mexican pop stardom. Caught in the whirlwind of fame, Juan's everyman appearance and musical style undergo a celebrity make-over. He changes his name to "El Guero" and his songs for the working-class are transformed into heartless Reggaeton. When the dark truth about Juan's history is revealed to him, he must look at himself and ask: Will he choose the Mexican man in his heart or the bald pink guy he sees in the mirror?

The awkward title pretty much covers it.

It may be a minor film, but it does offer infectious pleasures in the endearing French and in its off-the-wall humor.

Norman Lear should have been able to introduce the Frenches to someone who could have gotten more humor out of the premise.

Intermittently funny Guest-style mockumentary about a white Latin singer who fancies himself the voice of the Mexican people. There are a few laughs here, but overall it's pretty minor.