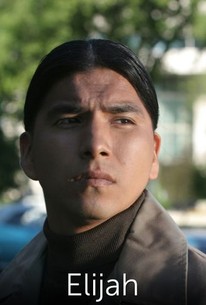 Filmmakers Paul Unwin and Lisa Meeches team to direct this upbeat biopic of Manitoba politician Elijah Harper, who became the voice of the Canadian people for his bold stance against the Meech Lake Accord and then "Progressive" conservative government back in 1990. A soft-spoken statesman and one of the first aboriginal politicians to emerge in Canadian government, Northern Manitoba native Harper endured constant racism and criticism as he stood strong against the proposal that would have persuaded Quebec to endorse the Canada Act. Billy Merasty stars in a film also featuring Maury Chaykin, Gary Farmer, and Lorne Cardinal.

Gabrielle Miller
as Jill the Reporter

There are no critic reviews yet for Elijah. Keep checking Rotten Tomatoes for updates!

There are no featured reviews for Elijah at this time.