Emanuelle and the White Slave Trade (La via della prostituzione) (1978) 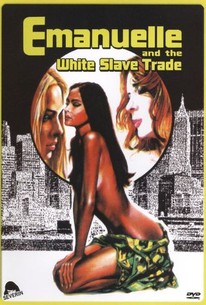 The alluring Laura Gemser reprises the role of legendary erotic adventuress Emanuelle in this scintillating softcore drama from director Joe D'Amato. Globetrotting journalist Emanuelle has discovered evidence of an international prostitution ring, a clandestine organization that sells beautiful young girls to the highest bidder. Now, as Emanuelle navigates her way through Africa, ventures straight into the black heart of New York City, and drifts through the plush bordellos of Southern California to research her story, her unbridled lust takes over. From Sapphic passions to group sex and even an encounter with a transvestite kung-fu master, this proves to be Emanuelle's most debauched adventure to date. The final collaboration between notorious Italian director D'Amato and smoldering sex symbol Gemser, Emanuelle and the White Slave Trade also features Ely Galleani, Gabriele Tinti, and Venantino Venantini.

There are no critic reviews yet for Emanuelle and the White Slave Trade (La via della prostituzione). Keep checking Rotten Tomatoes for updates!

There are no featured audience reviews yet. Click the link below to see what others say about Emanuelle and the White Slave Trade (La via della prostituzione)!