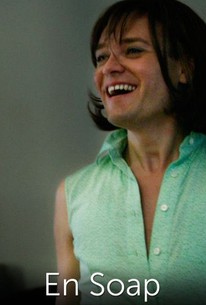 A dejected beauty salon owner enters into a tenuous friendship with her shy, pre-operative transsexual neighbor in director Pernille Fischer Christensen's simmering tale of affection and compassion. Thirty-two year old Charlotte (Trine Dyrholm) may own a successful beauty salon, but her failing relationship with increasingly unstable live-in boyfriend Kristian (Frank Thiel) has found her opting to strike out on her own for a change. As Charlotte embarks on a series of strictly sexual one-night stands upstairs, downstairs neighbor Veronica (David Dencik) - born Ulrick - earns her keep as a dominatrix while taking female hormones, awaiting approval for gender reassignment surgery, and occasionally accepting provisions from his doting mother (Elsebeth Steentoft). When Charlotte requests the help of her downstairs neighbor in moving some furniture and carelessly identifies Veronica as a male, the depressive pre-op laments her chances for surgery and attempts to overdose on pills. Her suicide-attempt unexpectedly announced to her neighbors thanks to her whimpering dog Miss Daisy, Veronica is subsequently saved when Charlotte hears the animal's desperate cries and rushes her ailing neighbor to the hospital. Her selfless favor returned when Veronica defends her against a drunken Kristian shortly thereafter, lonely Charlotte eventually finds herself developing strong feelings for her neighbor despite her longstanding preference for the opposite sex.

Fear of Flying never got made into a movie. But imagine a 21st century version transported to Denmark with a transsexual thrown in for added titillation, and you've got the gist of the amusing melodrama Soap.

Another week, another movie about a depressed transsexual hooker.

... the film is an anti-soap opera in the trappings of an old- fashioned sudsfest.

The idea that these characters are willing to fight like cats and dogs, and destroy each other and themselves, to avoid confronting their intense attraction to each other is totally convincing.

[The film takes] some of its cues from the soaps and melodramas the characters watch together and others from a realist tradition of considerable emotional heft.

The movie strands you in two miserable flats with these cliche-ridden characters and a static love story that is as predictable as it is pedestrian.

While I might want to applaud Fischer Christensen for attempting to say something pertinent about gender roles and stereotypes, there is something curiously lacking in the characters.

Director Pernille Fischer Christensen is striving, I suspect, for a quiet seriousness and a respectful approach to transsexualism, but there's a point beyond which quiet seriousness becomes too-staid solemnity.

A smart and assured spin on traditional soap-opera tropes.

En soap never becomes too soapy, though the film does remain a bit mechanical and predictable at times, despite its rare insight in its subject matter.

Christensen joylessly scrubs A Soap clean of sudsy silliness until all that remains is Von Trier-ian starkness.

Excellent! Kind of reminded me of Transamerica, but slightly darker, while still having a bit of froth to it as the title suggests. Both the leads are good in this, but I was particularly impressed with David Dencik who plays Veronica.

[font=Century Gothic]"Soap" starts with Charlotte(Trine Dyrholm), a beauty salon owner, walking out on her boyfriend, Kristian(Frank Thiel), a doctor, suddently while he is out of town, moving into the first apartment she can find. When Kristian will not help her move her bed, she goes downstairs to the local pre-op transsexual dominatrix, Veronica(David Dencik), for help which she does reluctantly. Later, Charlotte drops by unannounced at her place, only to find her suffering from an overdose.[/font] [font=Century Gothic][/font] [font=Century Gothic]"Soap" is an adequate character study of two people who are not happy with who they are and do not know what they want out of life. Veronica may say she wants an operation but her masculine appearance does not show much commitment to her hormone regimen while her overdose speaks of deeper issues than just gender. Speaking of a lack of commitment, there is Charlotte, who is the poster child, simply by trying to have sex with every man in Scandinavia. For a bourgeois relationship, her four years with Kristian is a little unusual in that it had gone on for so long without them getting married.[/font]