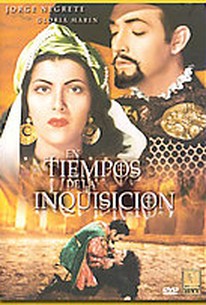 South-of-the-border screen legends Jorge Negrete and Gloria Marin reunite in EN TIEMPOS DE LAS INQUISICION, a vintage slice of historical melodrama from Mexico's golden age of cinema. Marin stars as a Moorish woman who makes the mistake of falling in love with Negrete's upper-class gentleman during the time of the Spanish Inquisition. This classic tale of forbidden love amid religious persecution is presented in Spanish without subtitles.

There are no critic reviews yet for En Tiempos de las Inquisicion. Keep checking Rotten Tomatoes for updates!

There are no featured reviews for En Tiempos de las Inquisicion at this time.