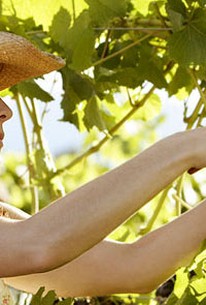 Originally titled Echoes, this made-for-cable drama is set in Napa Valley wine country, sometime in the 1980s. Patricia Heaton (who also produced the film) stars as Sara, the daughter of strong-willed vineyard owner Alicia Anselmi (Lainie Kazan). Hoping to arrange a merger between Alicia and rival vintner Nick Di Cenzo (Tony Lo Bianco), Sara must first overcome the bitter 40-year-feud between ex-sweethearts Alicia and Nick, which began when each seemingly jilted the other during WW2. The delivery of a long-lost engagement ring proves beyond doubt that Nick had intended to marry Alicia, but evidently this does little to alleviate their mutual animosity. And when it appears that Sara intends to dump her fiancé Brian (David Hunt) in favor of Nick's nephew Tony (Vincent Spano), Alicia and Nick are all the more convinced that any merger between the Anselmi and DiCenzo families--even a merger that never comes to fruition--will result only in heartache for all concerned. The Engagement Ring originally aired over the TNT cable network on November 28, 2005.

Critic Reviews for The Engagement Ring

There are no critic reviews yet for The Engagement Ring. Keep checking Rotten Tomatoes for updates!

Audience Reviews for The Engagement Ring

There are no featured audience reviews yet. Click the link below to see what others say about The Engagement Ring!