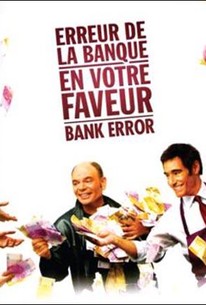 A couple of ne'er-do-wells fight the global economic setbacks of the early 21st century with a unique brand of crime - and establish themselves as modern-day Robin Hoods - in this zany caper comedy from France. After 17 years spent working in one of Paris's most elite banks, Julien (Gerard Lanvin) believes he's only a few days from fulfilling his dream of leaving this dead-end job and opening a local bistro with his pal, the brasserie chef Etienne (Jean-Pierre Daroussin). Then both men's bids for a bank loan are rejected, and Julien's billionaire boss adamantly refuses to help them out. Seething with a desire for revenge, Julien takes advantage of his job by picking up tips on the stock market gleaned during bank luncheons, and using it to his and Etienne's financial advantage. Inevitably, Julien's neighbors get wind of the scheme and request that he invest their money, which gets Julien in way over his head - especially when the local off-track betting group takes advantage of the situation by changing their game from horsetrack betting to gambling on the stock market.

Laurent Gamelon
as Georges
View All

There are no critic reviews yet for Erreur de la banque en votre faveur. Keep checking Rotten Tomatoes for updates!

There are no featured reviews for Erreur de la banque en votre faveur at this time.