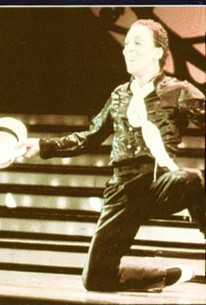 Eubie! began life as a Broadway musical, celebrating the life and work of legendary black entertainer/composer Eubie Blake. This taped version was specially prepared for cable TV in 1981, then released on videocassette a few years later. Gregory and Maurice Hines head the exuberant, toe-tapping cast. Among the highlights are such Blake standards as "I'm Just Wild About Harry". The race issue is brought into play every once in a while, but never in such an omniprescent fashion as to dampen the spirits of this sparkling example of Broadway at its best.

There are no critic reviews yet for Eubie!. Keep checking Rotten Tomatoes for updates!

There are no featured reviews for Eubie! at this time.