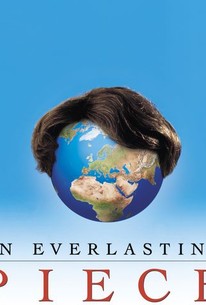 Critics Consensus: This comedy is too slight to leave an impression, and its attempts at whimsy are not as funny as they could have been.

Critics Consensus: This comedy is too slight to leave an impression, and its attempts at whimsy are not as funny as they could have been.

Critic Consensus: This comedy is too slight to leave an impression, and its attempts at whimsy are not as funny as they could have been.

Director Barry Levinson attempts to repeat the success of several recent, low-budget British imports such as The Full Monty (1997), Waking Ned Devine (1998), and Saving Grace (2000) with this comedy about a pair of prison barbers trying to make a success of a hairpiece business in Northern Ireland. Colm (Barry McEvoy), a Catholic, and George (Brian F. O'Byrne), a Protestant, are friends who toil away in a lackluster job cutting the hair of convicts in a prison for the insane where Colm's girlfriend Bronagh (Anna Friel) also works. When the two lads hear of a prisoner nicknamed The Scalper (Billy Connolly), they learn that he was the only seller of hairpieces in the country, and decide to begin crafting their own toupees for sale as a way to start their own business. As they ply their wares through the war-torn country, the friends are not above using their respective religions to make sales, but competition soon arrives in the form of Toupee or Not Toupee, a rival company, and a race to be the first outfit to sell 30 units quickly ensues. Politics, business, and religious beliefs soon intersect to cause big trouble for both men. Actor McEvoy also wrote the script for An Everlasting Piece, loosely basing his character on his real-life father.

Billy Connolly
as The Scalper

Maclean Stewart
as Masked Man No. 1

Philip Young
as Man in Cinema

Jonathan Shankey
as Toupee Man No. 2

Critic Reviews for An Everlasting Piece

The humor is slight, but the actors make the blarney go down easy.

The comedy inherent in toupee gags gradually runs dry, and the interplay between the main characters sometimes doesn't offer enough sparks to pick up the slack.

This little film tries too hard to charm, and in the process loses its bite.

A slight but diverting series of set pieces.

The director serves up a nice helping of blarney, but he seems to have left his schmaltz in Baltimore.

A comedy of high and zany spirits that effortlessly touches on matters of moral choice, reconciliation and forgiveness and the value of the generous gesture.

Its charms are too slight and fleeting.

There aren?t any corny bald jokes: The movie is smart enough not to waste it?s time with lame humor about hair thinning.

'In trying to tackle the bigger issues the film loses what made it so quirky in the first place.'

Charms aren't quite enough to take this modest comedy over the top.

It's unpretentious almost to the point of indifference, and thus never quite wrangles enough passion or conflict to fuel the story forward.

'Maybe,' I thought, 'This film will be different.' Then again, maybe not.

Audience Reviews for An Everlasting Piece

This movie from Ireland was a hoot! Like most Irish movies, I found the subtitles absolutely necessary. The dialect is often quite difficult to understand, and it's nice to have some assistance. Another underrated gem, in my opinion.

A interesting plot with a good screenplay, nice actings, just like Levinson's direction, An Everlasting Piece, is a unforgettable film, entertaining and funny. Fresh.