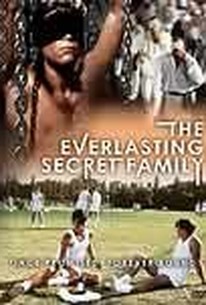 "Everlasting Secret Family" is the name of a sub-rosa homosexual brotherhood in this riveting Australian film. Two of the ESF members are a middle-aged politician (Arthur Dignam) and a boarding-school student (Mark Lee). The younger man begins chafing at the "plaything" status imposed upon him by the older members of ESF. His resentment culminates in a battle of wills between himself and the senator's politically expedient "straight" wife (Heather Mitchell). Dispensing with subtlety, Everlasting Secret Family suggests that, like the so-called mainstream political scene, the gay lifestyle can become a dangerously manipulative power trip in the wrong hands. ~ Hal Erickson, Rovi

Dennis Miller
as Eric the chauffeur

The despoiling of an Innocent boy by a lecherous older man Is only the beginning of the march of gay stereotypes.

While there's something to be said about the era in which it was made, there's no doubt Michael Thornhill's film would never see the light of day today given how repulsive its representation of gay men is.

There are no featured audience reviews yet. Click the link below to see what others say about The Everlasting Secret Family!